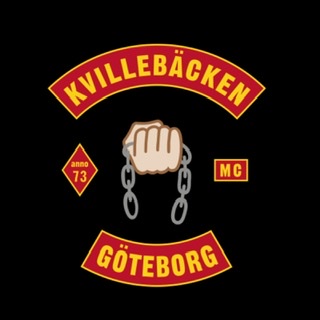 Between 1973-1975 some of the members of the motorcycle-club “Lucifers
Bunch” (that ceased to exist in 1975) now joined Kvillebäcken MC. At
this time the club was located at Stora Holm on Hisingen.
In the 1970:s, the 90’s and during the start of the new century, the
club consisted of 25-30 members.
Kvillebäcken MC had a number of different clubhouses during the years
1973-2005. The 3:rd of February 2006, the club moved to new locations in
the same area, and were admitted as official supporter-club to Bandidos
MC World. This make Kvillebäcken MC to the 1st and oldest support-club
to Bandidos MC World.