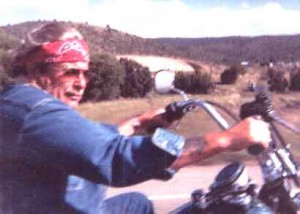 Texas 1966. Donald Eugene ”Mother” Chambers, renowned war veteran of U.S. Marine Corps, comes back from Vietnam. Of gratitude can hardly be talked about. On the contrary, sections of the population are even accusing the returning soldiers of being war criminals. Government agencies don’t help their soldiers after their return. They are partially living in poverty, and without any respect for what they have done. What they have learned in their unit of companionship and unconditional support, has no existence in the civilian life.

In March 1966 Chambers founded the first Motorcycle Club with the name BANDIDOS MC in San Leon, Texas. Because other existing Clubs couldn’t give them, what they were looking for. At first just in Texas, Chambers idea found many supporters. The basic idea was as simple as to understand: The members of the Brotherhood wanted respect, recognition and freedom for their actions. The laws of society had denied exactly these points. As club colors, the colors of the U.S. Marine Corps were selected: Red & Gold. 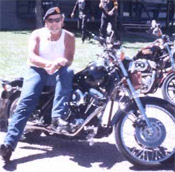 After a confrontation with traitors, Chambers had to assume a life sentence. Ronald Jerome “Stepmother” Hodge was elected to succeed him as national president. Under his leadership the club has expanded into an international motorcycle club. The basic idea for a success story was pursued consistently. Currently there are over 200 chapters with more than 2 500 members in 16 countries (excluding supporter clubs). Rising steadily. “A BANDIDO NATION IN RED AND GOLD”