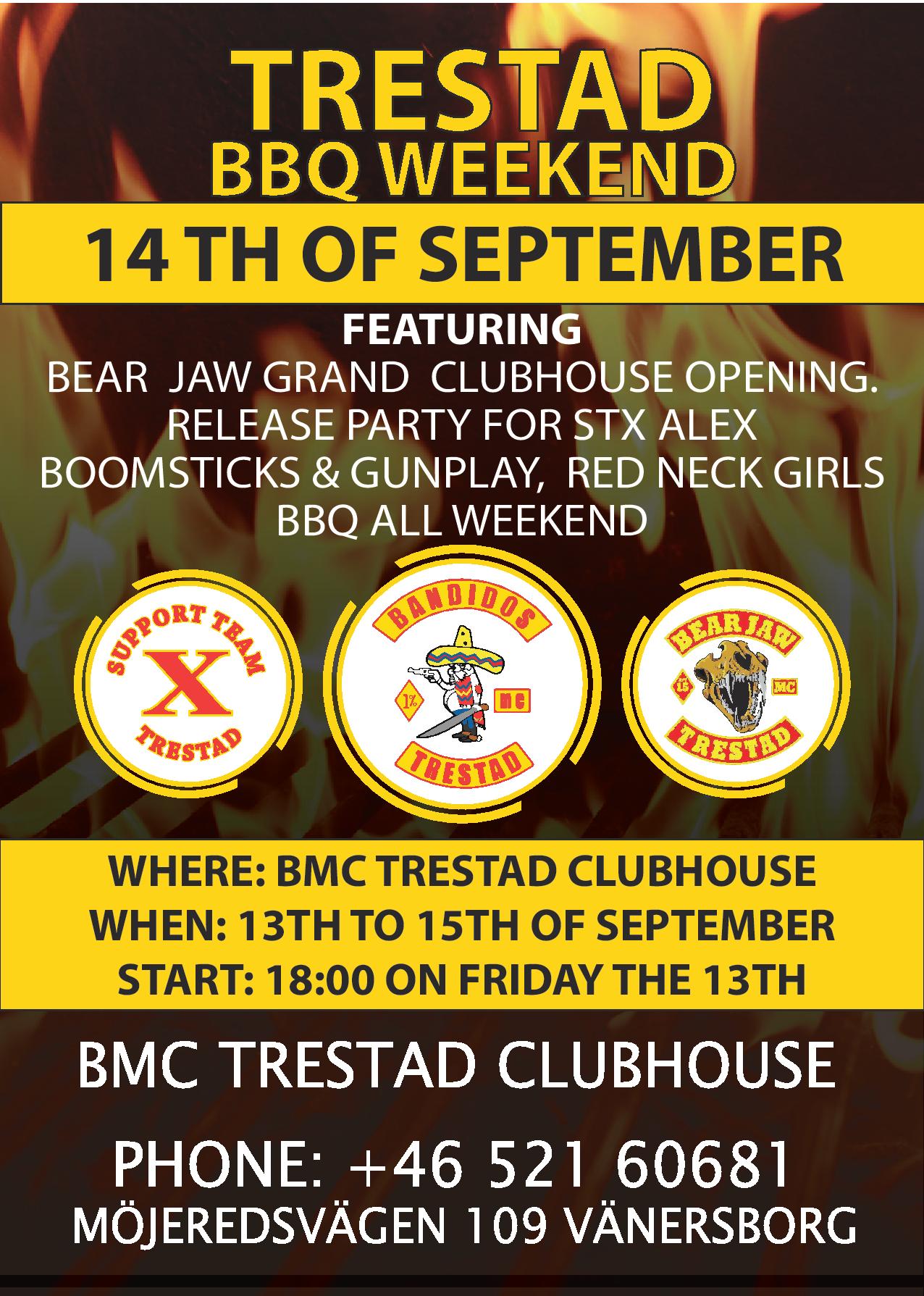 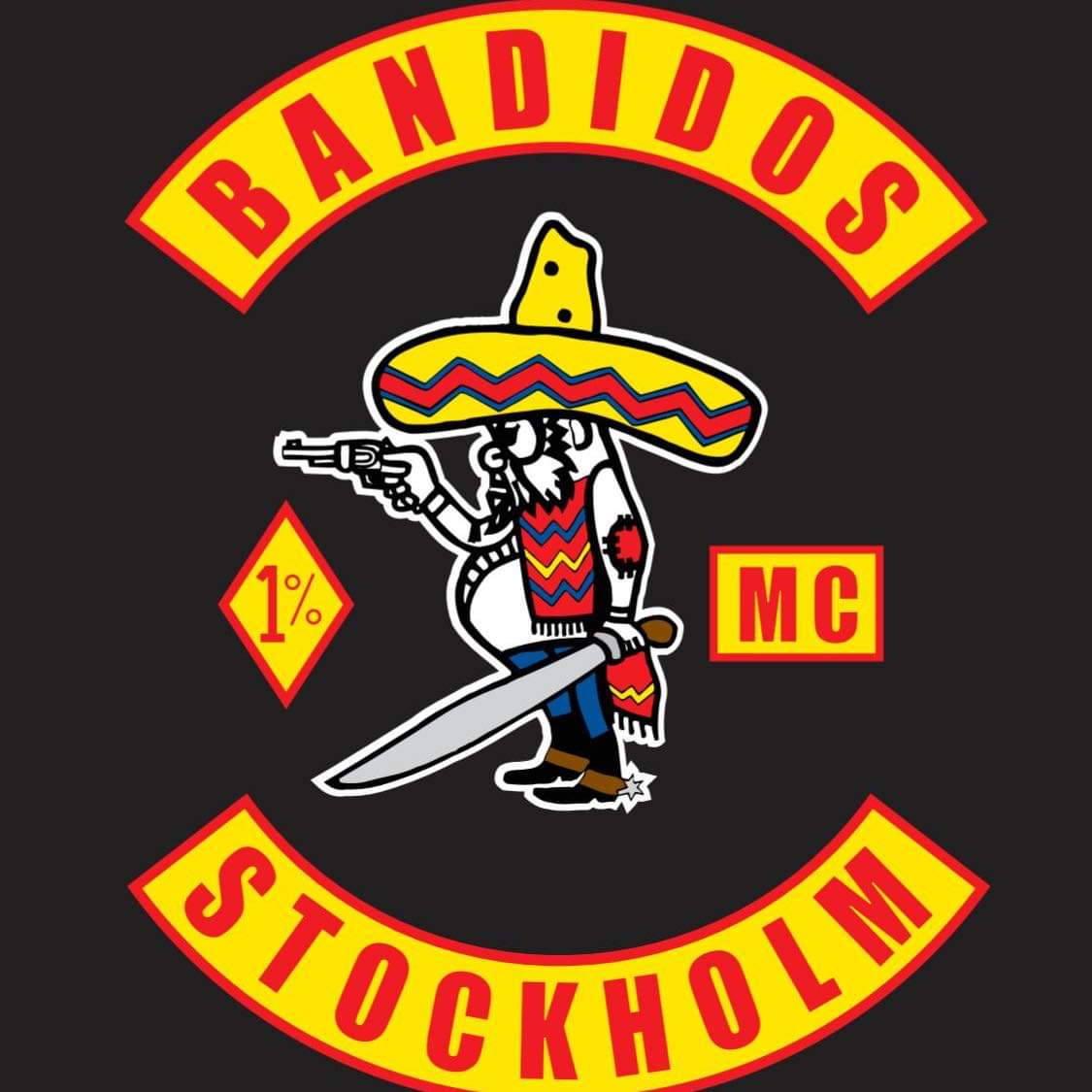 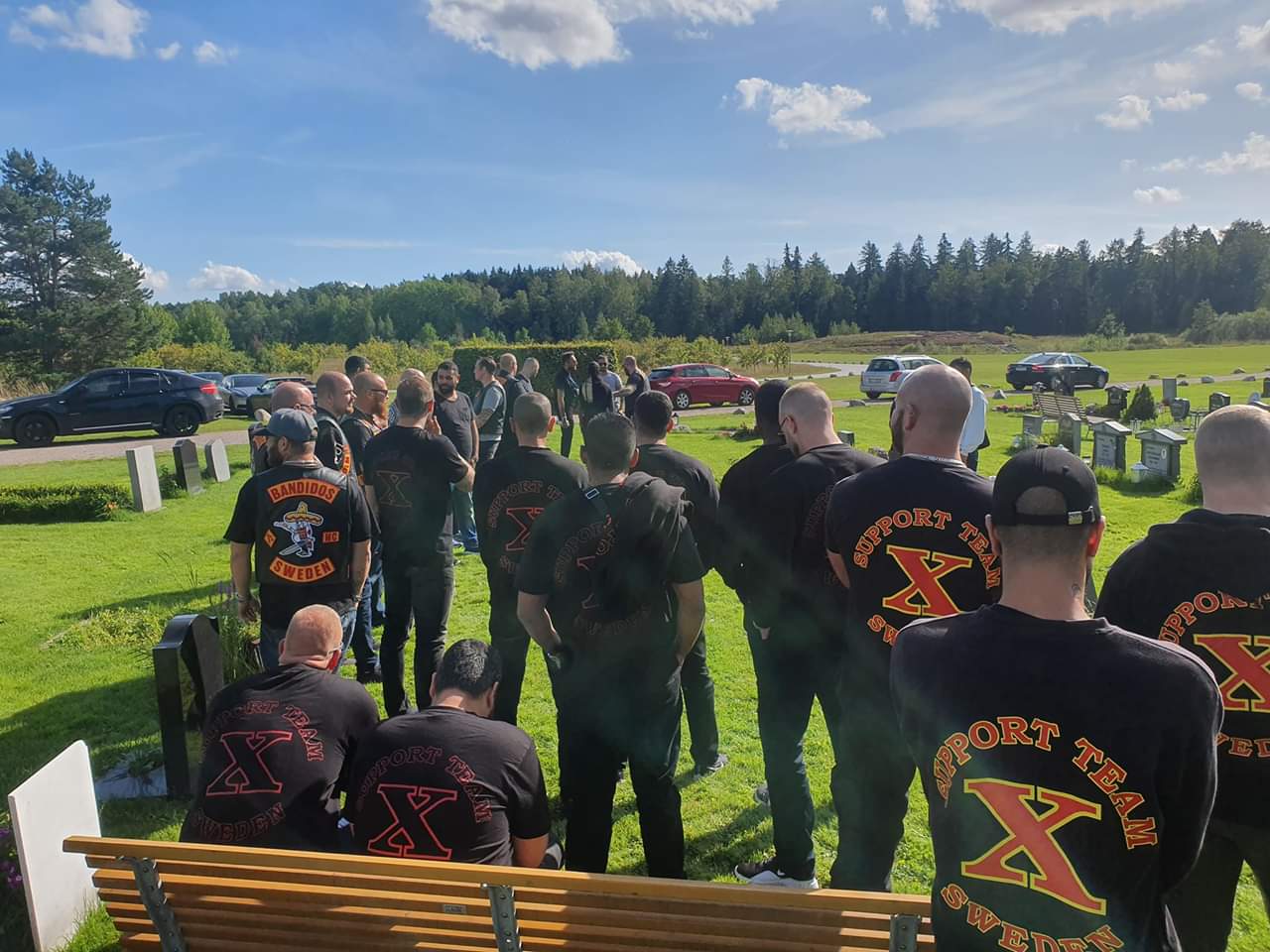 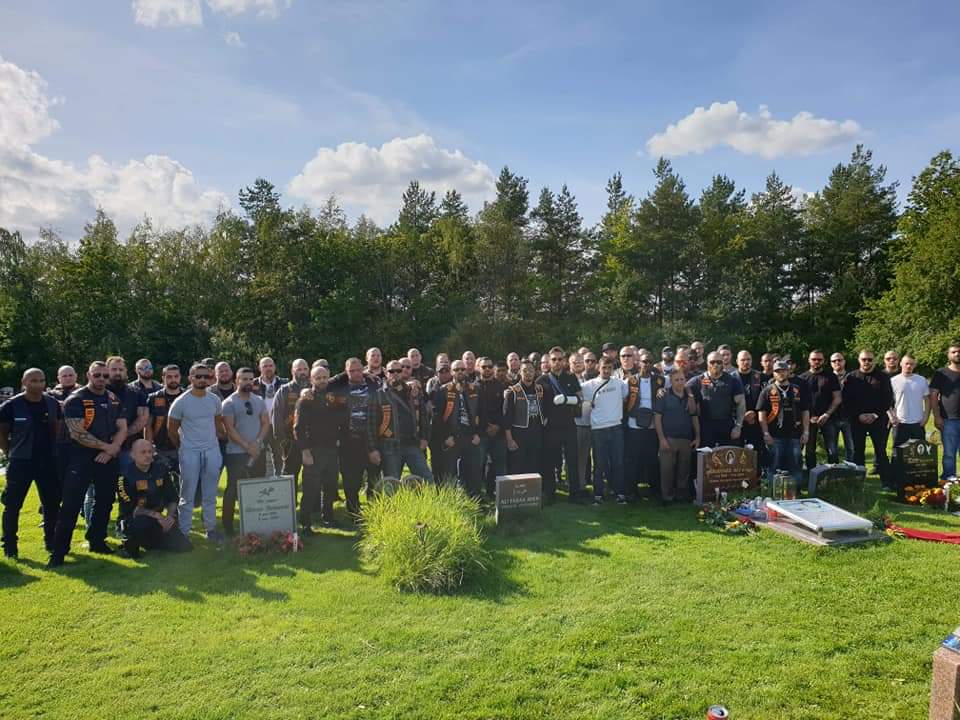 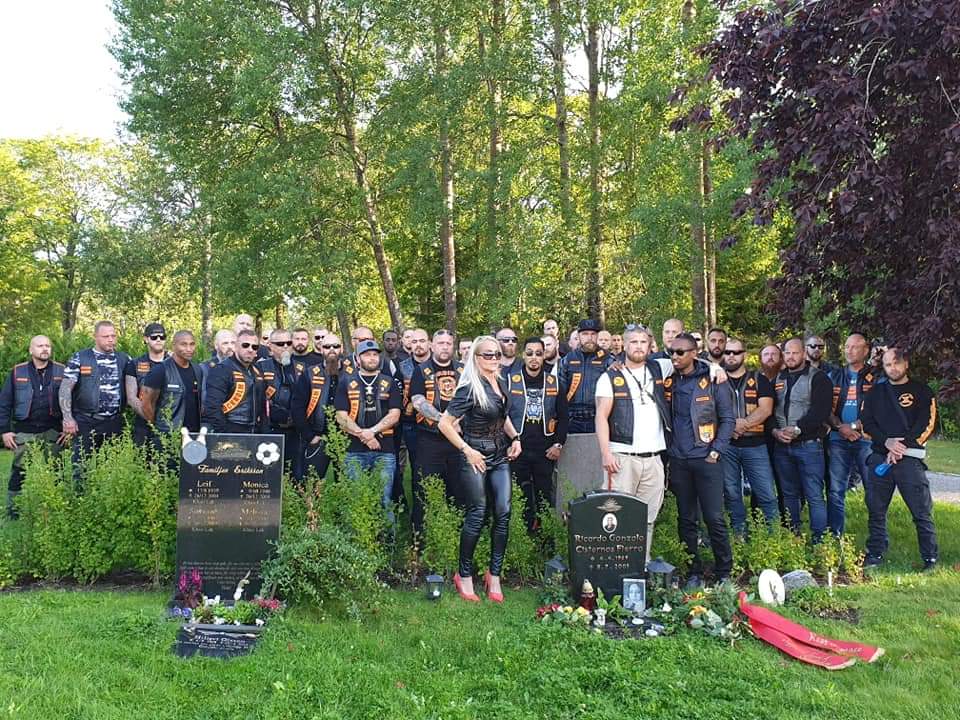 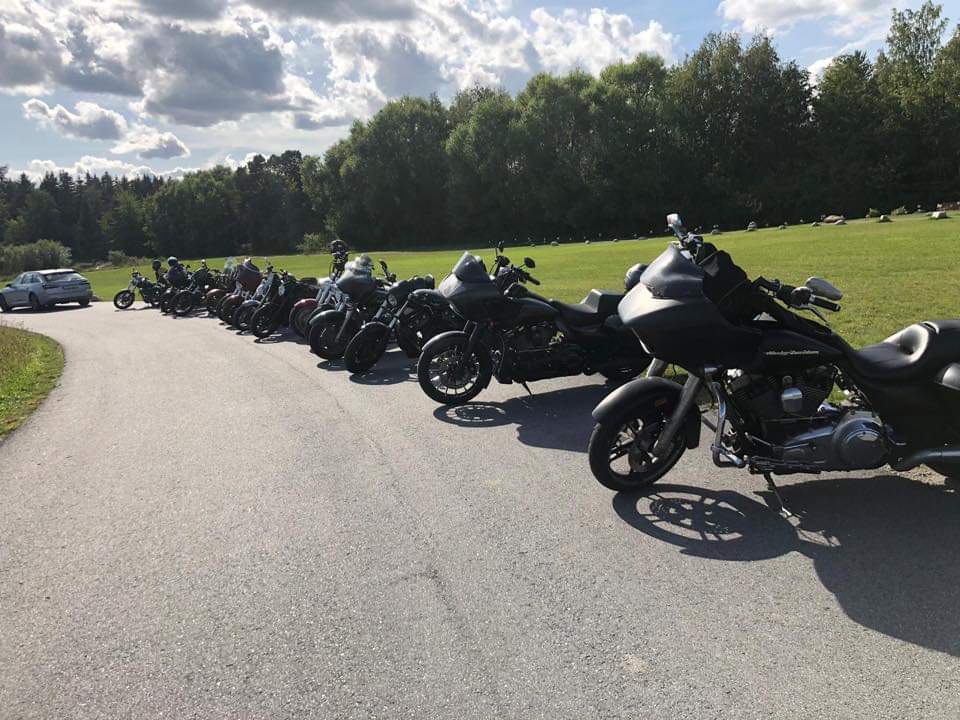 SAME EVENING AT THE CLUBHOUSE A PARTY WAS HELD. 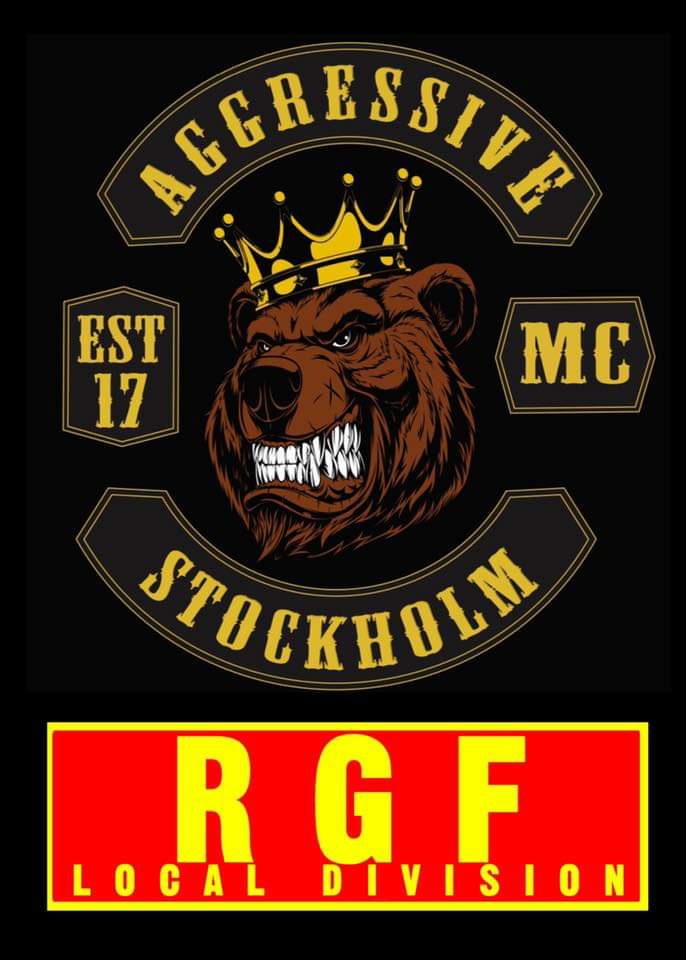 BANDIDO KIM 1%ER, 5YEARS ANNIVERSARY & BACK ON THE STREETS PARTY. 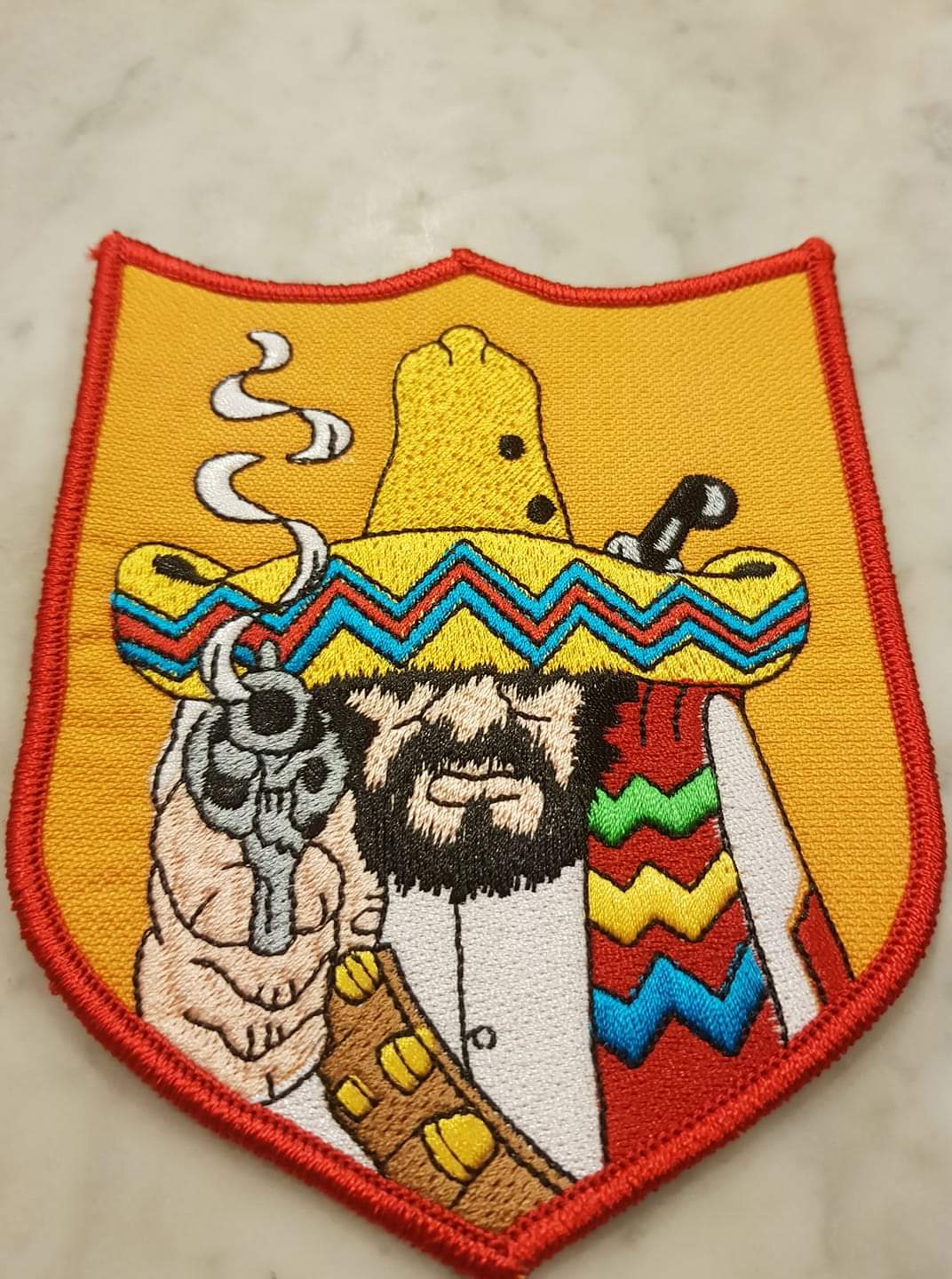 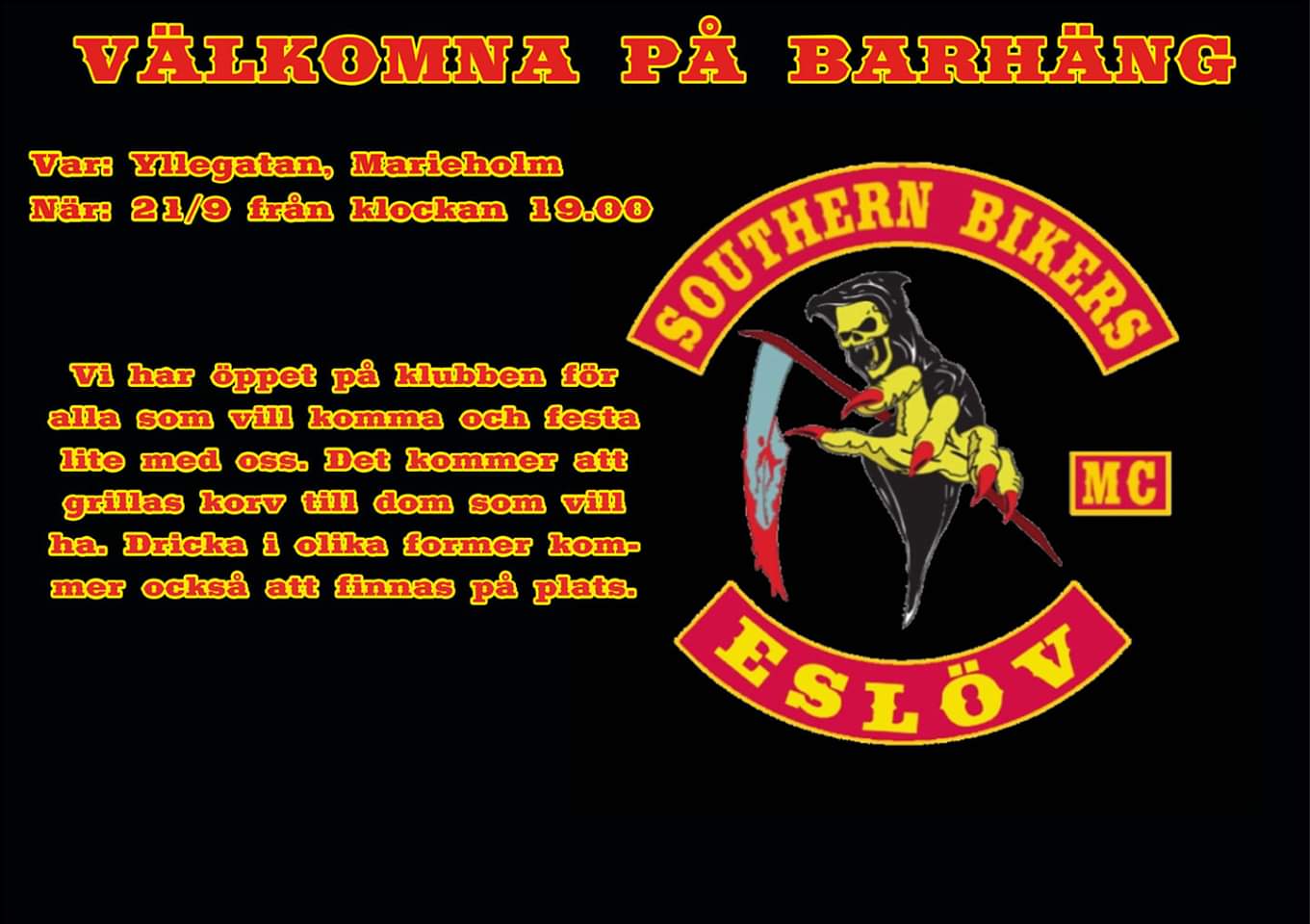 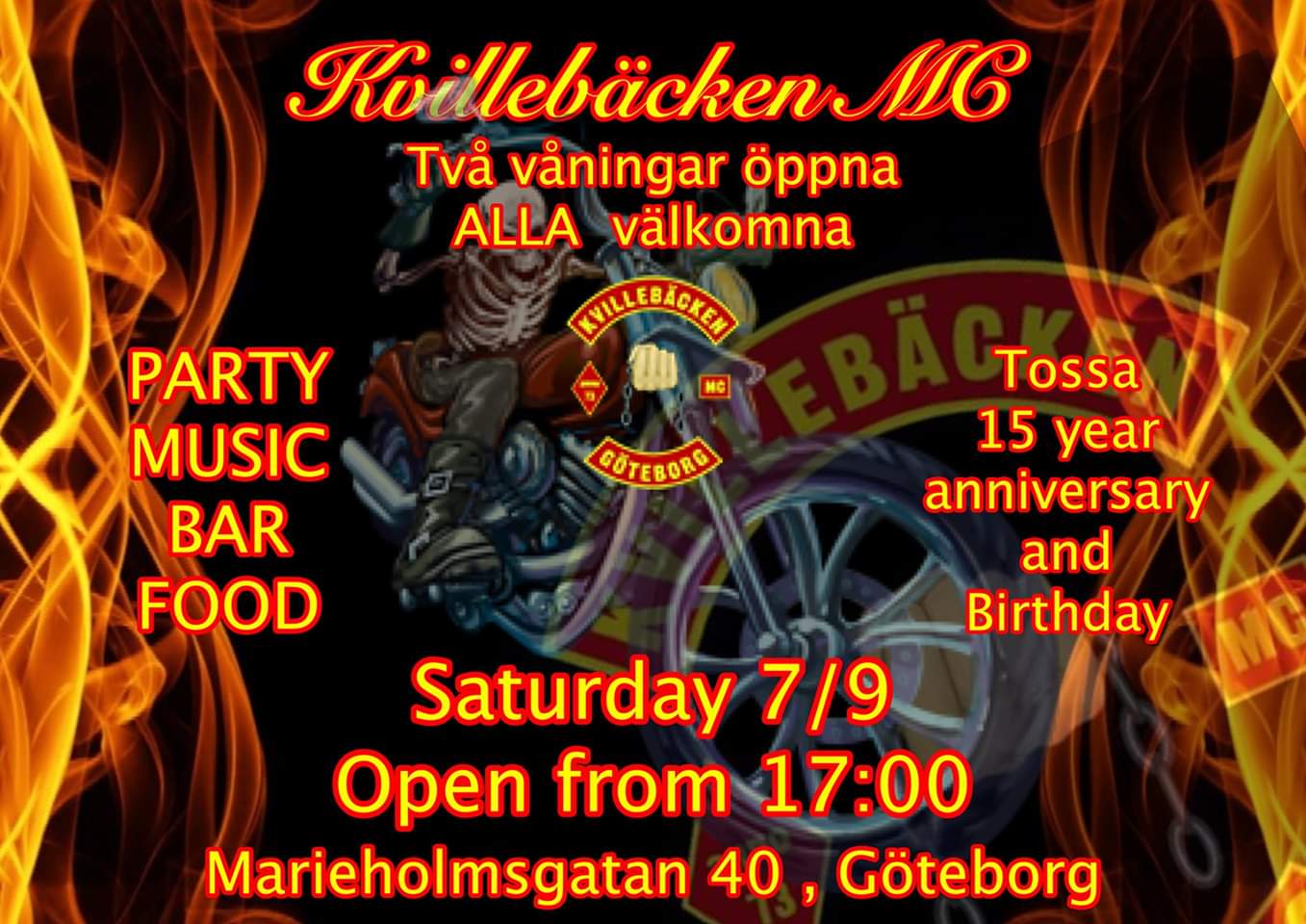 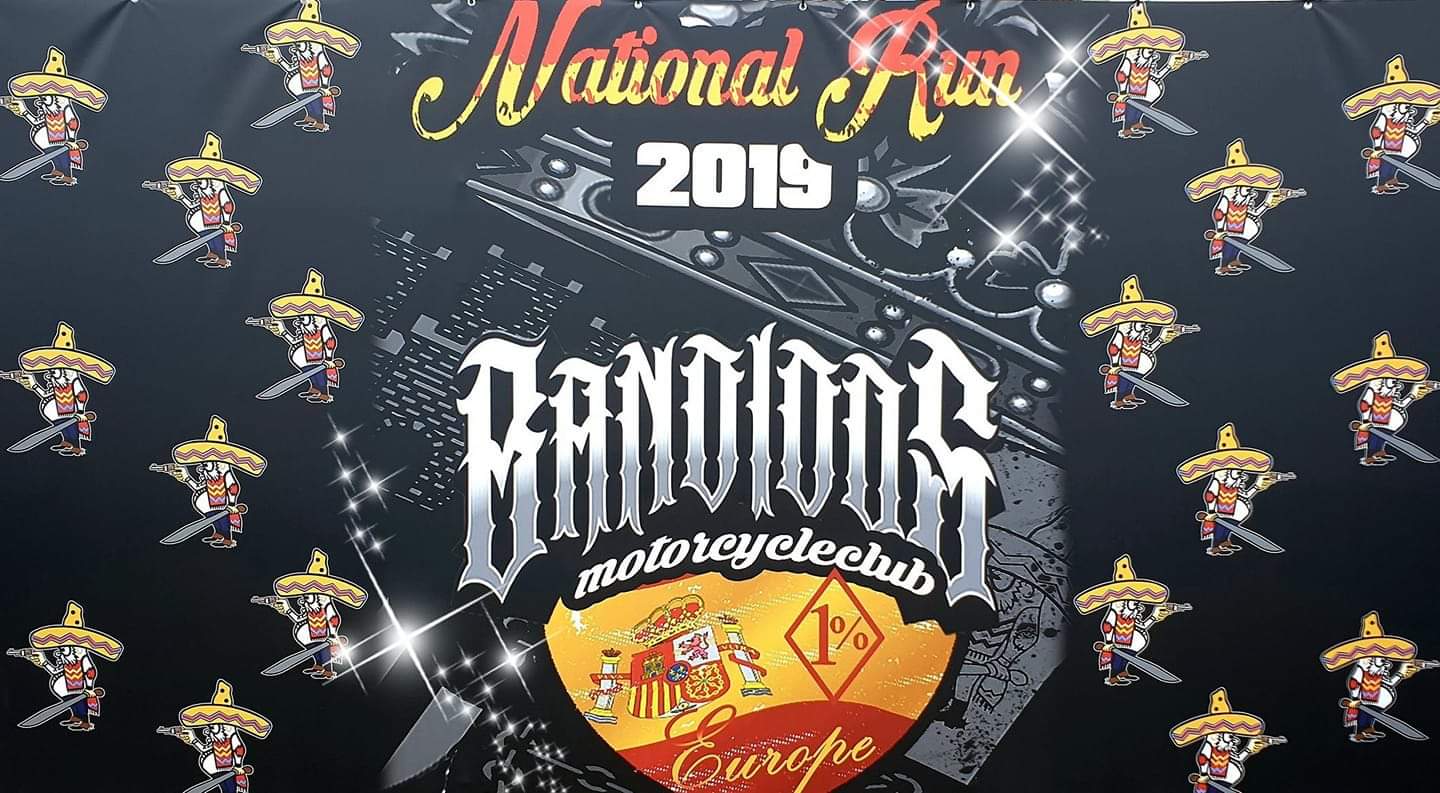 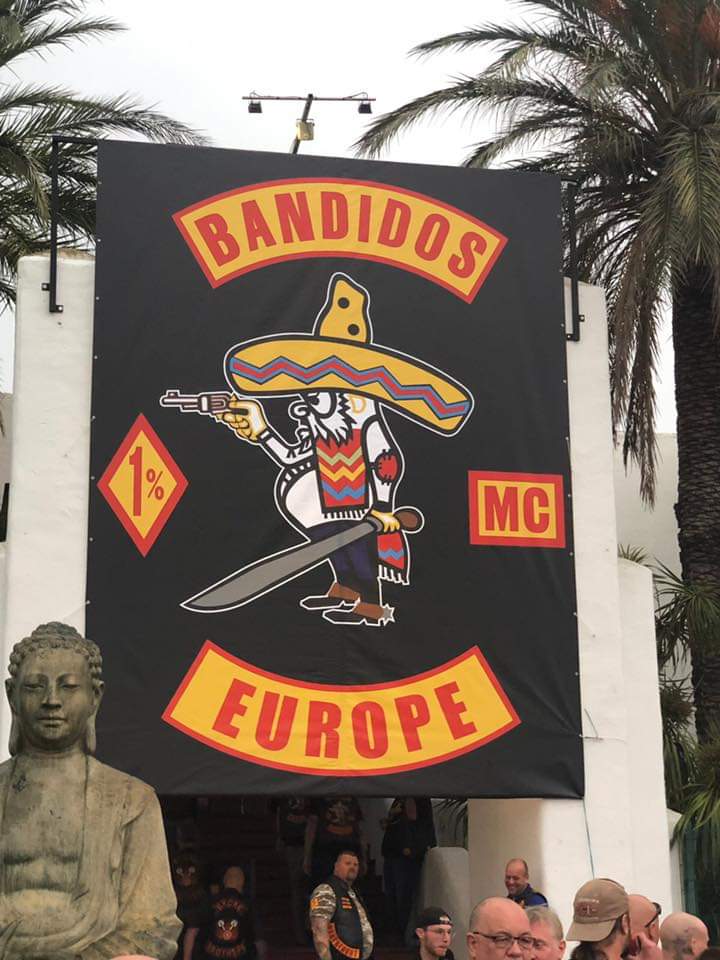 Ebb and flow, light and shadow is how reality of life goes on and according this pattern we have to suffer the loss of a beloved Brother immediately after a splendid National Run 2019. We commemorate Bandido Piranha1%er of Chapter Moscow Seven Hills who died much too early through an appalling accident. He is gone, but never forgotten, and perhaps we can find a samll consolation in knowing that he at least could celebrate an outstanding time with so many of his Brothers from all over the world before leaving to the Forever Chapter. 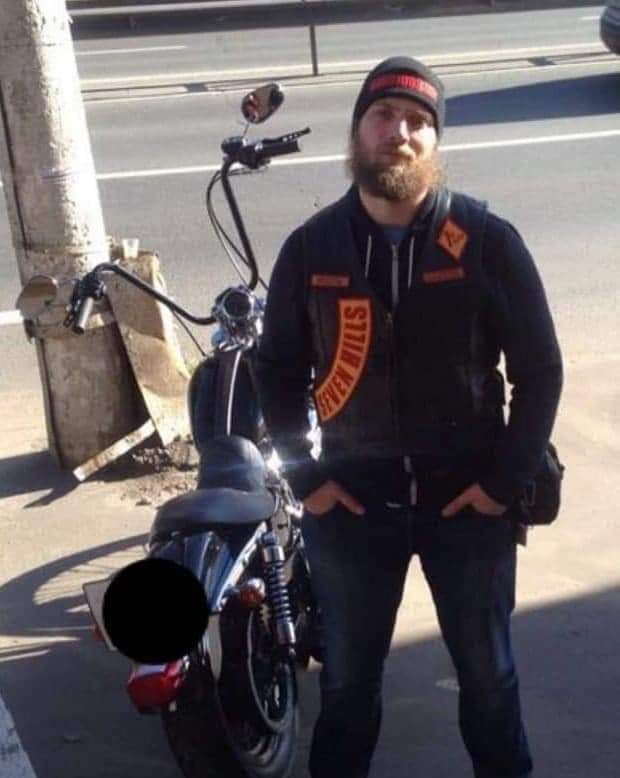 And indeed this year´s National Run of Bandidos MC was much more than a gathering of European Brothers of the Club. This La Familia-celebration stood out not only due to numerous visits from all corners of the world, but especially due to the throughout high ranking representatives of every continent. This created an outstanding atmosphere fostering in an unique manner the proud feeling of being part of a worldwide Club. A particular pleasure was to welcome Bandido Doug1%er, El Presidente of the United States, further we could welcome Bandido Jason1%er, Presidente Australasia, and Bandido Dragon1%er, Vice Presidente Asia, which underlined the shared identity within the Club around the globe accompanied by many Bandidos from overseas, some of them being members for several decades. So all continents have been represented in Empuriabrava this weekend which can be taken as a symbol of community. 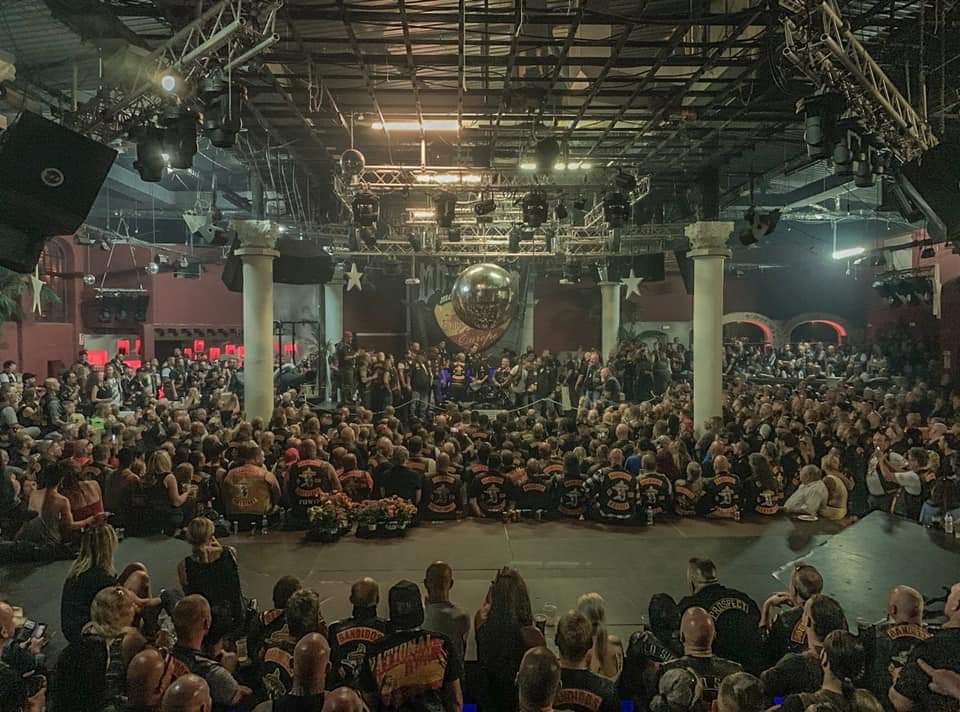 To let this red-and-gold-weekend become true required many authority ways and a lot of administrational paperwork. More than only a few adversities had to be overcome the months and weeks before. In the end Bandidos MC against all odds put its plannings into action and by doing so not only demonstrated its skills, but as well showed willpower and resoluteness. Thus it was possible that this end of July became Bandidos´ party time in Empuriabrava. Lots of Brothers arrived a week before and/or stayed longer for spending holiday together. Partly some newspapers printed reports beforehand as well as afterwards. Public life was focussing on us and we presented them Bandidos MC at its best. 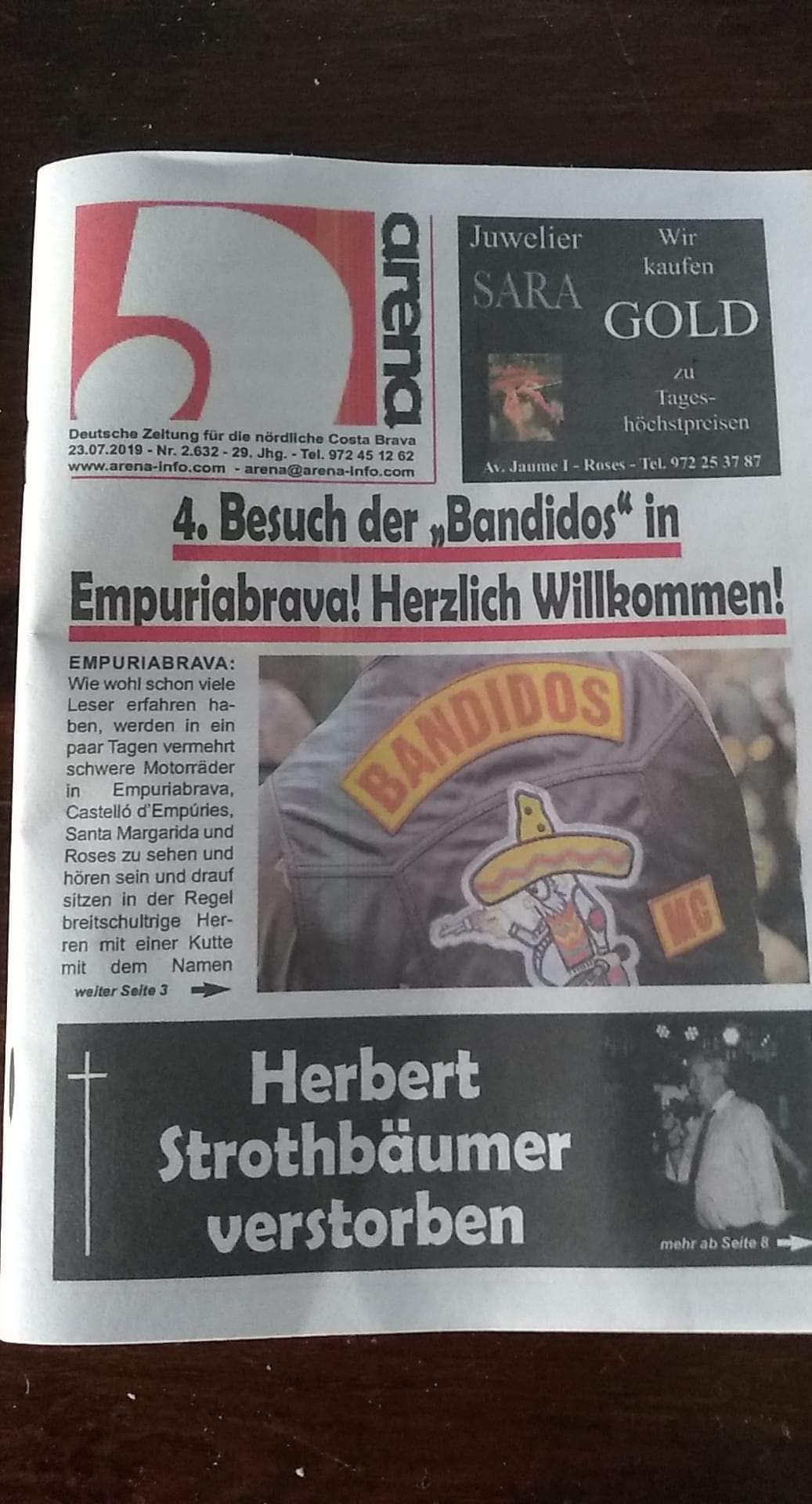 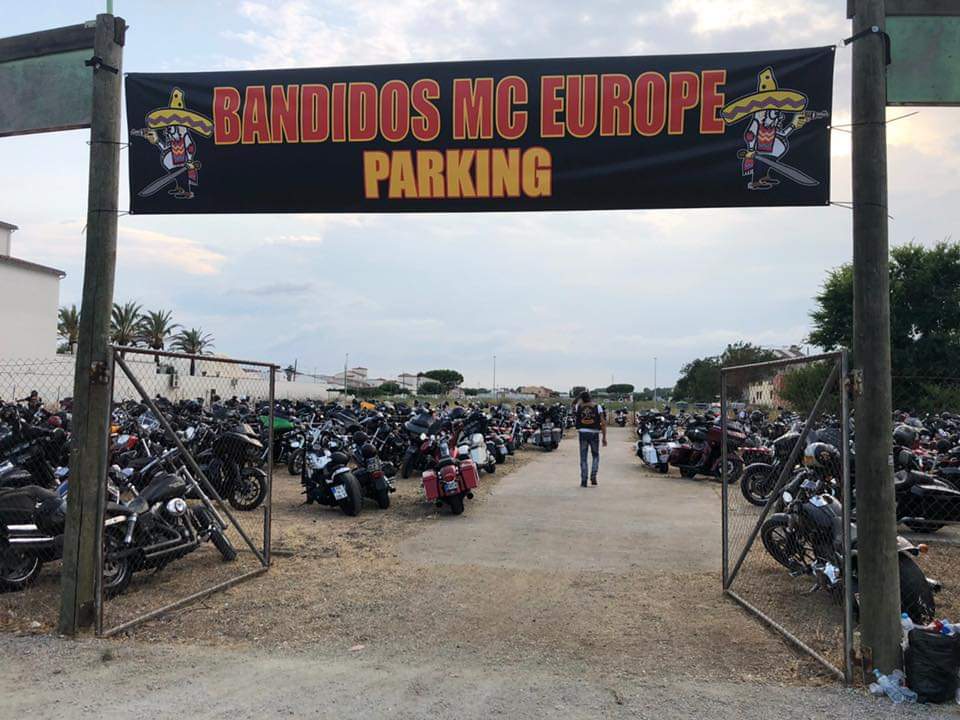 The first public appearance was on Friday when the bike pack started its excursion led by El Presidente USA Doug1%er and Presidente Europe Kok1%er. Thousands of Harley Davidsons on the road let the people pour out of their houses and line the streets to take pictures and videos. 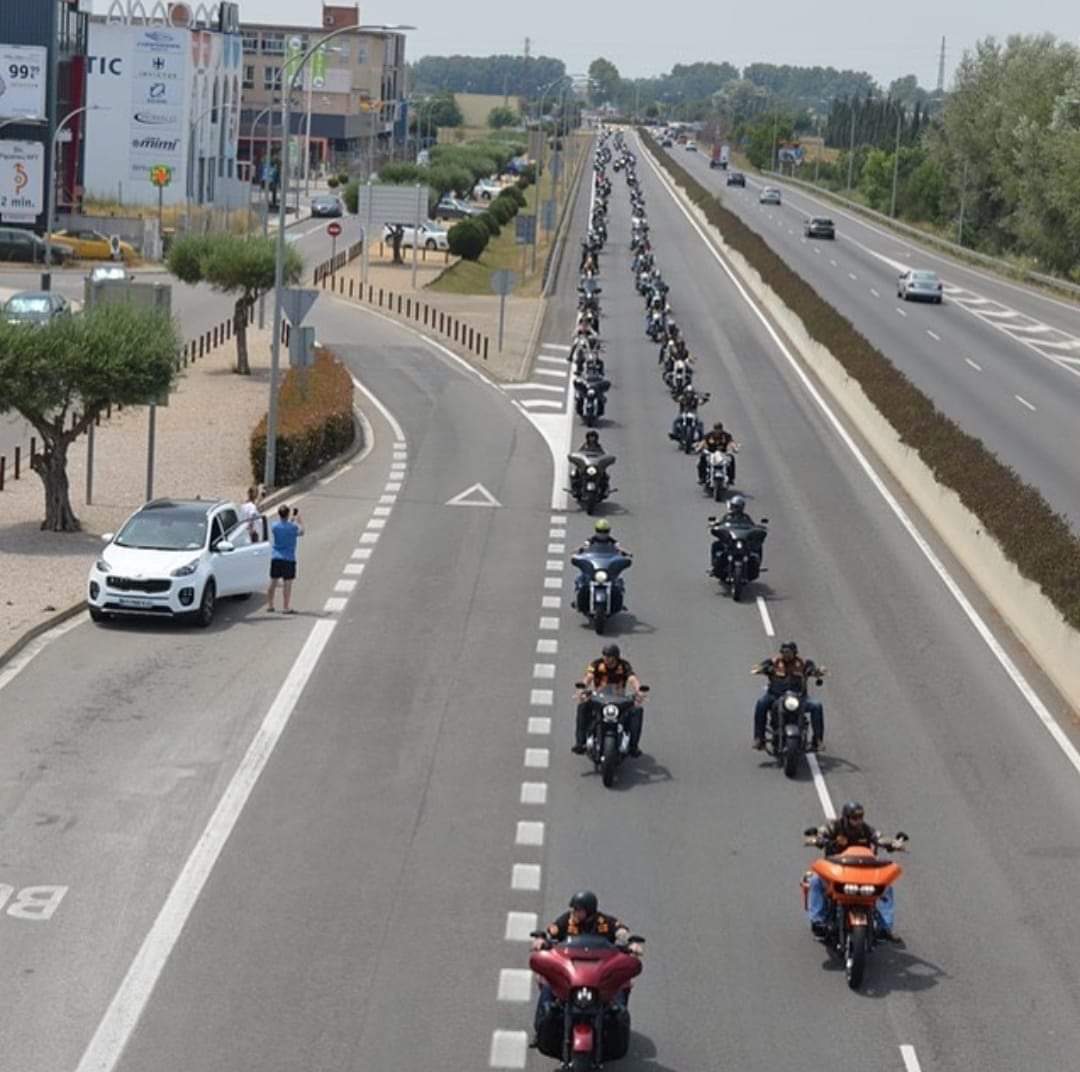 On Friday evening then the party took its course in and around a great disco. Live band, dancing girls, robot show, sales booths with support gear, plenty of food and drinks were on the program and made sure that it didn´t lack anything for having a good time together. This party shouldn`t end until Sunday morning. 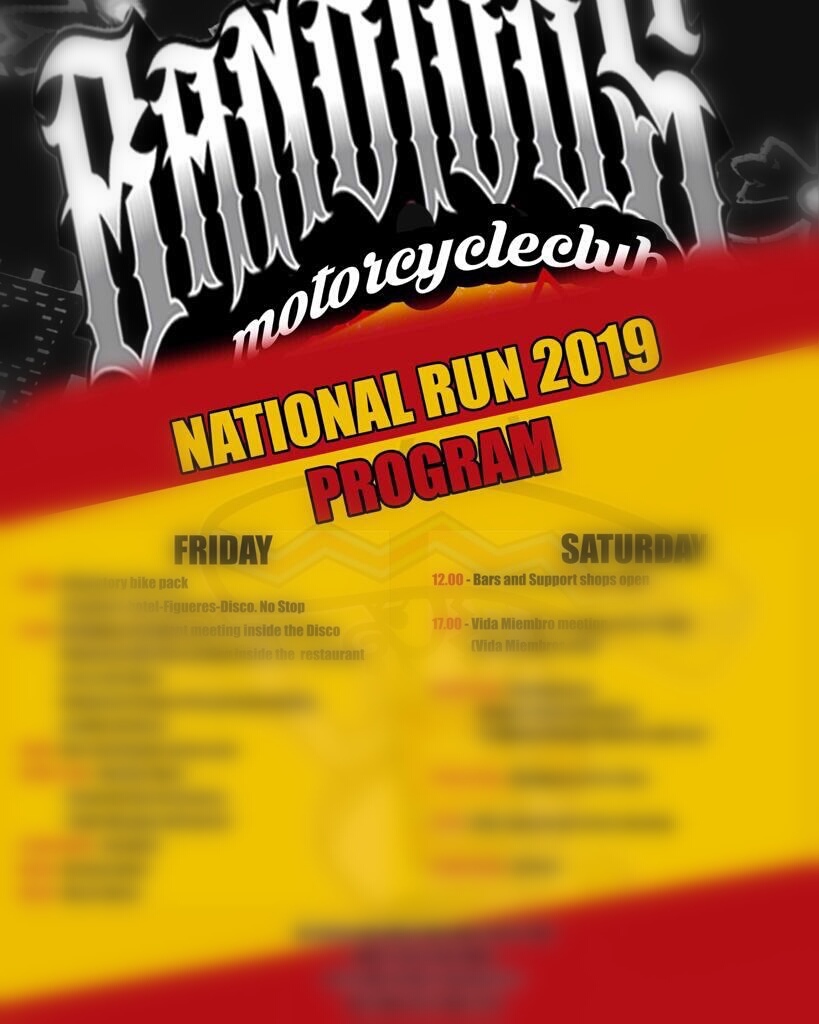 As always Saturday was a special evening, because of the lottery, the tributes like for example anniversary patches and last but not least the keynote speeches. Six Bandidos, among them the former El Presidente Craig Johnson1%er and first Sargento de Armas and Bandido since 47 years Vic the Prick1%er as well as Martin1%er, Jimmy1%er, Lars1%er and Frank Volby1%er, got Vida Miembro-status. The same plaudit received Bandidos Jean Jean1%er, Didier1%er and Scal1%er when the 30-years belt buckles were handed out to them. Tapsa1%er was honoured with his 20-years anniversary patch. Bandido Franko1%er received his SdA-bottom rocker, Manu1%er his National-front patch and Stone1%er his Nomad-bottom-rocker. Then followed the 10-, 15- and 5-years patches as well as numerous Brothers who received Probationary-status. The Chapters Kaunas and Siauliai from Lithunia became Probationary-status and Hispanos MC Murcia started as a Hangaround-Chapter. 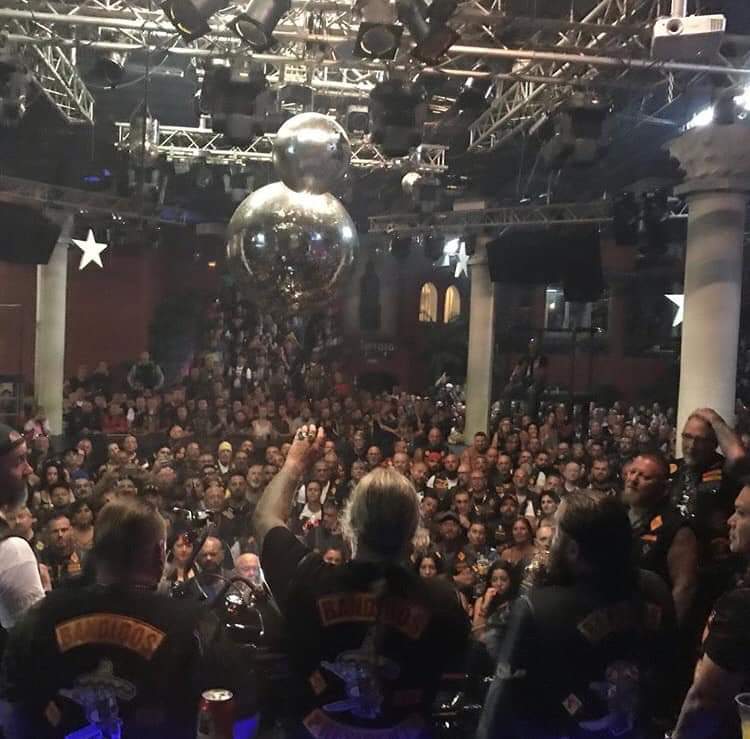 Highest interest aroused an auction sale of some precious items from overseas epitomizing Club history. For the successful bidders money was no object and they payed a handsome sum, however safe in the knowledge the auctioned items are worth their prices. Further as a result of the annual lottery three winners could rejoice over a ticket to the Bandidos World Rund (3rd price) respectively an all inclusive ticket (2nd price) and the jackpot, no less than a new Harley Davidson. However, when El Presidente Doug1%er and Presidente Kok1%er showed the draft of a new patch symbolizing the world wide character of Bandidos MC the totally excited reaction in the disco immediately blew the roof of the place. Never ending cheerings and ovations expressed the pride of this amazing brotherhood. 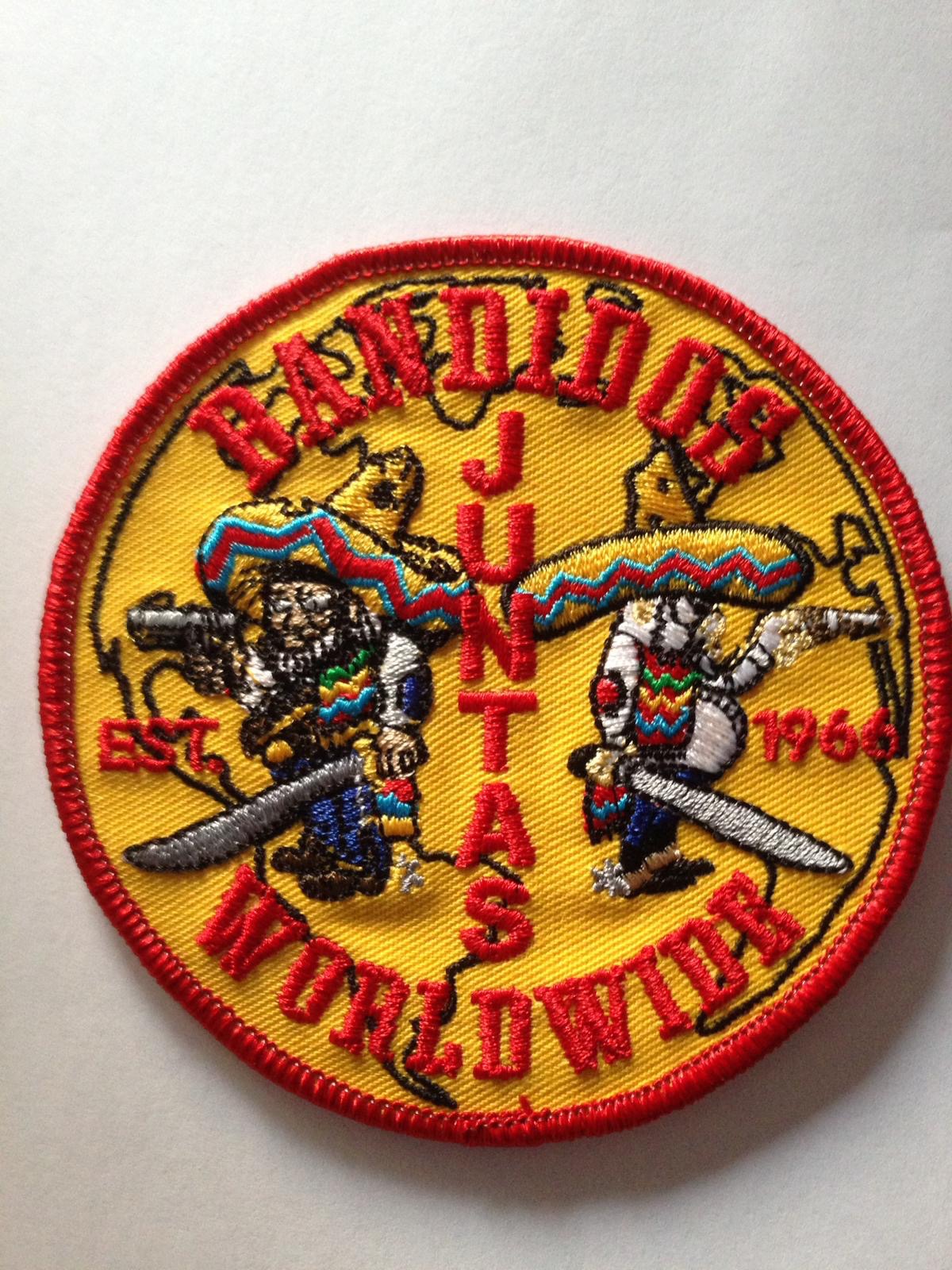 Finally without any doubt from Friday, 26th to Sunday, 28th of July 2019 the Bandidos-World was highlighted in Spanish Empuriabrava and every Brother who had the chance to take part will proudly remember this unforgettable weekend when Bandidos MC once again rocked the world. – Thousands of Brothers, numerous countries, five continents – one brotherhood, one Club 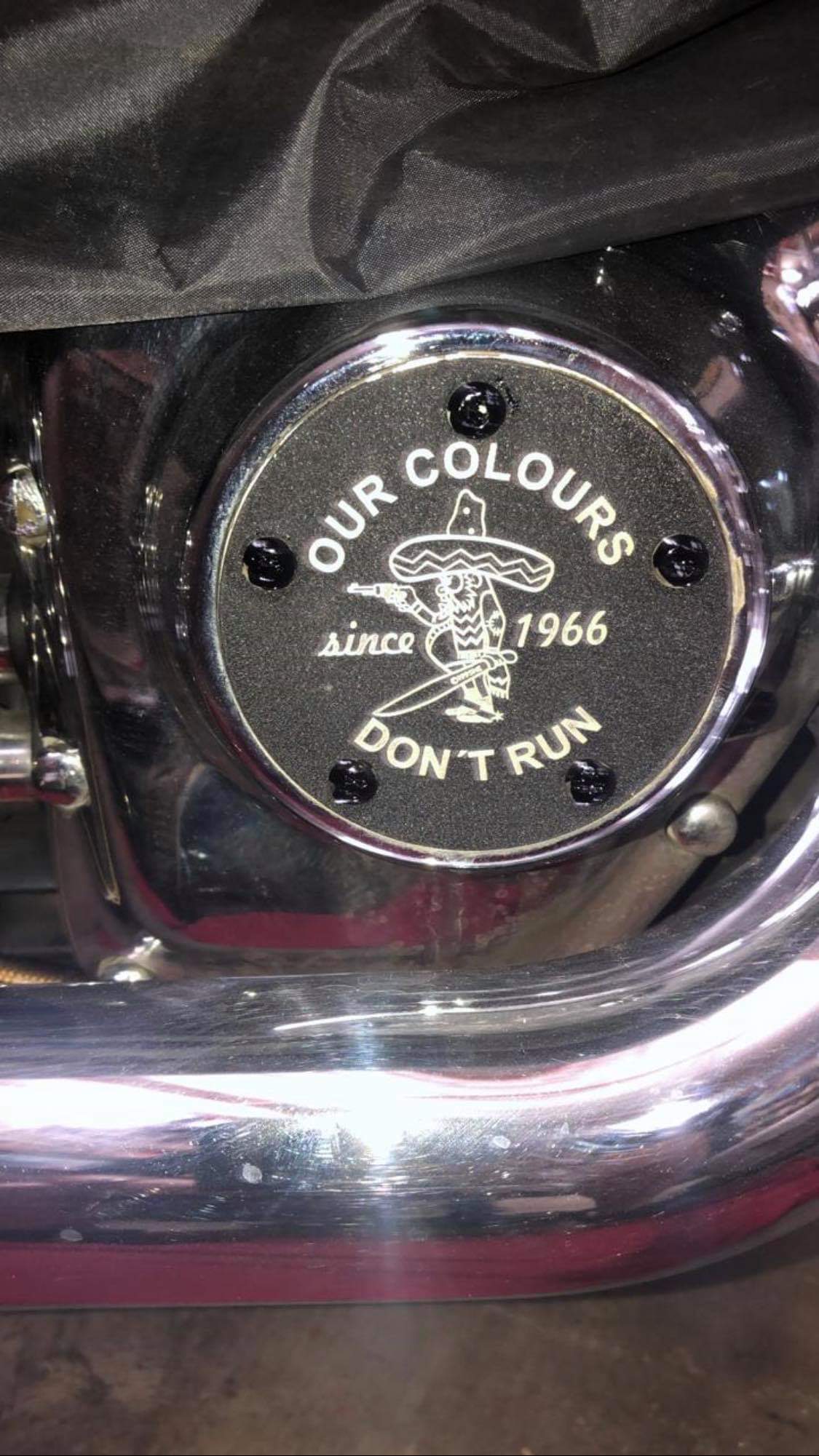 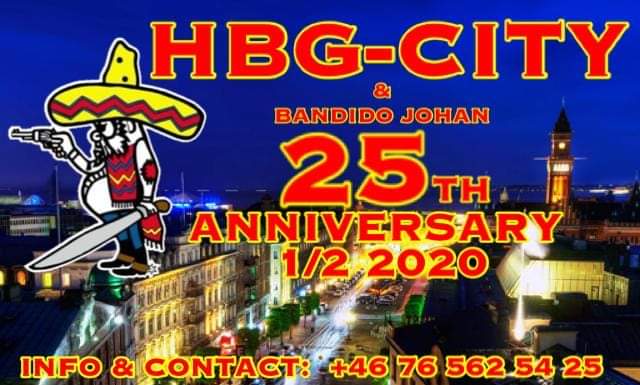 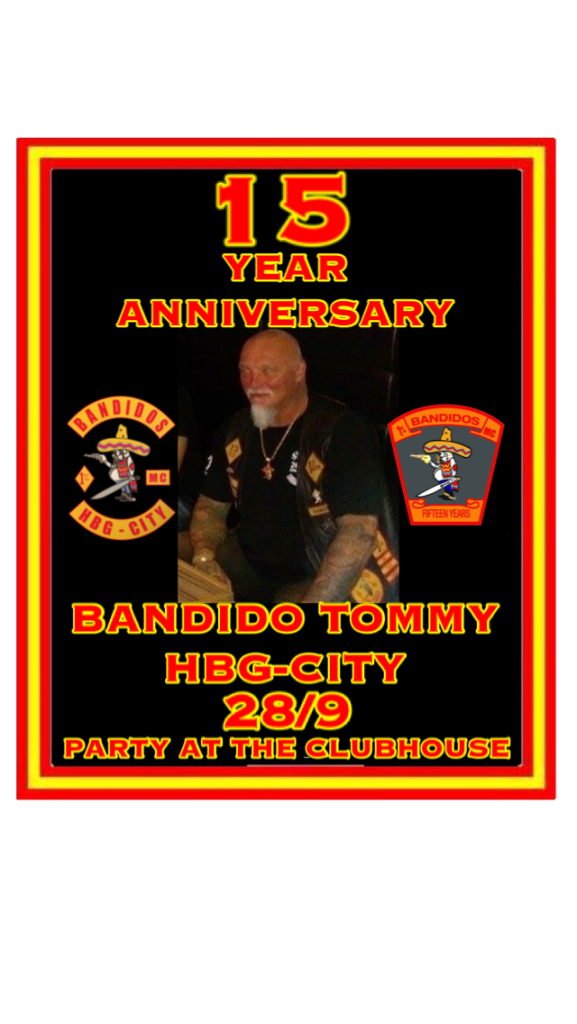